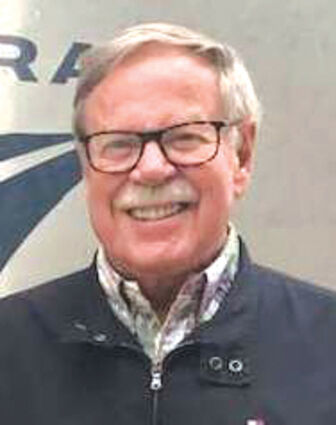 Once again, as has been done over the last 20 years, the Wasco Rotary Club will host its annual festival on Thursday, Oct. 20,, at the Shafter-Wasco Elks Lodge. There will be a steak dinner, drinks, prizes, a silent auction and a chance to win a $5,000 raffle.

The reverse raffle allows many people to go away with a prize. Every ticket will be drawn until the last five, where those raffle ticket holders decide if they want to split the money or keep drawing tickets so that one person takes home the top prize.

At the event, there will be networking and socializing with community members who care about making a difference in Wasco.

"It is a good time. Once you've done it, it's likely you will want to do it again," said event chair Tony Stout.

The festival is the largest fundraiser for the club and usually attracts over 150 people.

"It is an opportunity to catch up with old friends you haven't seen in a while and make new ones," said club member Larry Pennell.

The money raised is used to support many community projects, such as a Wasco High scholarship, the 4th of July fireworks show, the Wasco Rose Festival and Miss Wasco Rose Queen.

"There are other local programs we help fund," said Pennell.

Along with other clubs worldwide, the Wasco Rotary Club helps eradicate polio.

Pennell adds, "The evening will allow us to put our best foot forward and show residents of the community what worthwhile projects we have supported. We truly are a service club."

Of the festival, Pennell said he has never been to one that wasn't a fun evening.

"Everyone leaves with a smile and some with a few thousand dollars,' he said.

Organizing the festival is a huge undertaking.

"The event requires 100% of our club members to make it successful," said Pennell. "It is an all-hands effort."

Coming out of covid makes it exciting, he said, since the event was postponed in 2020.

Tickets are $175 and include two meals with all the fixings and one raffle ticket.

A sold-out crowd is expected. Tickets are available from club members or call Tony Stout at 661-333-7340.