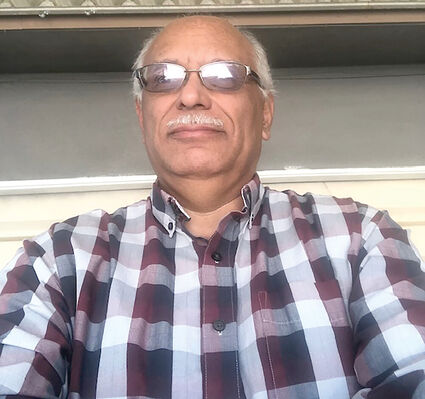 The Wasco Union Elementary School District Board of Trustees election will take place on Tuesday, Nov. 8. Four candidates are vying for three openings, and one is running unopposed.

The candidates are incumbent Richard K. Reding, incumbent Cherylee Wegman-Craig, incumbent Anna Poggi, and Ernie Sanchez, who has served on both the elementary and high school boards. Candidate Petra Rueda will fill out her late husband's unexpired term, unopposed.

All the candidates are passionate about helping young people succeed through education.

One such candidate is incumbent Anna Poggi. She brings a wealth of experience with her 40 years teaching fifth and sixth grade, starting in 1970 at Thomas Jefferson and then at Palm Avenue for the rest of her career.

She said she is running because she wants to give back to the community and support the city. She has served on the board for two terms.

Poggi has lived in Wasco for 52 years.

"This is my home; I care about the students and staff."

She volunteers for several organizations and is on the Community Support Options board, working with developmentally disabled adults for the last 10 years.

She is also a part of the retired group for the California Teachers Association for more than five years.

Poggi said she volunteers because "I think it's what one should do. I have time on my hands, and I enjoy using my time helping others."

Of the school district, she likes what she sees happening.

"I want to help continue down that path," Poggi said.

She believes she should be elected because she knows how important it is to have knowledgeable board members.

Among the issues she cares about is having good personnel from the top down.

"I am most proud of having good employees, classified and certificated. We have a good superintendent, and things seem to be running smoothly. It's the personnel that makes the district run."

Incumbent Richard K. Reding would like to continue to serve as a board member for many reasons, but he especially wants to see the finished product of Karl F. Clemens Elementary School's reconstruction project.

"To make it an even safer school than it already is now," Reding said.

Reding had a 35-year teaching career and supported the community's youth alongside his wife, Sarah.

Over the years, he has been acknowledged for his community service.

"The Richard K. Reding Gymnasium at Palm Ave Middle School was named after me."

He said he should be elected because he is involved and looking out for the best interest of the faculty and student bodies of each of the schools in the district.

Reding has served on the board for 12 years. The best part for him is getting to know what is going on in the schools.

"I know the ins and outs. That's very important."

His most pressing issue is providing the best teachers and resources for the students.

Reding said he stands out among the rest of the candidates.

"I have been a resident for 59 years, have taught in our schools and worked with our sports programs for 35 years during my teaching career in Wasco."

He believes he should be re-elected.

"I would like to see the school district continue its course, and as a board member, I can help do that."

He worked as a maintenance man and bus driver at WHS for 11 years.

Sanchez recently retired as a vocational instructor for the California Department of Corrections.

"I spent almost 21 years there teaching inmates a craft and skill, so hopefully, when they got out, they would have more opportunities open to them," Sanchez said.

During this time, he served as a substitute instructor for North Kern Vocational.

"Working with students was more rewarding and satisfying than the incarcerated population."

The most pressing issue for him is advocating for vocational training.

"Many students will not be as successful as others going to college, so they also need a pathway to be successful."

He added, "It's been difficult to promote vocational training on the WUHS board, and I'm hoping to advocate for this type of education on the elementary school board."

Sanchez took the vocational route and said that allowed him to have a fruitful career and provide for his family.

He has lived in Wasco for the last 50 years and raised all three of his children here.

If elected, he said, "I am passionate about what I'm advocating for, and I know I will serve the community well."

Incumbent Cherylee Wegman-Craig has had an illustrious career as a public servant in Wasco. She served as mayor four times and on the City Council for a total of 20 years.

She said we have endured possibly the most tumultuous times in public school history, and the WUES district has responded to all of the changes and concerns of the students.

She believes she and the board have done a great job keeping everyone in the district happy.

"We have a good team from the board to principals, teachers and staff. That is what I am most proud of, and I hope to continue with that consistency," said Wegman-Craig. "We are now seeing the results of that success with improved enrollment and parental involvement."

She has served on many boards, including the Kern Council of Governments, for 20 years.

Wegman-Craig is a third-generation Wasconian, educated in Wasco public schools, and has worked in the Wasco area for 50 years.

She was self-employed for most of her professional life but later took a job as a teacher, manager and vice-principal at the prison.

During her time on the board, she said she has helped make policies that students and parents agree with.

There are many issues she cares about, but first and foremost is the safety of the students.

She added, "I am aware of the current trends and concerns of the community and care about our students, parents and teachers."

Petra Rueda is running unopposed and is taking over her late husband's unexpired term. She hopes to carry his legacy forward as an outstanding board member.

Her husband, Danny, was an exemplary member of the Wasco community, involved in supporting and volunteering for many organizations. Rueda wants to follow in his footsteps.

"I would like to continue to do what's best for the educational system for our children as a way to honor him," said Rueda.

She added, "I am committed to the well-being of our students and will work hard to support initiatives that will empower them along with parents, teachers and staff."

Rueda said she is dedicated to helping students have the best possible education and will advocate for more parental involvement.

She was born and raised in Wasco. 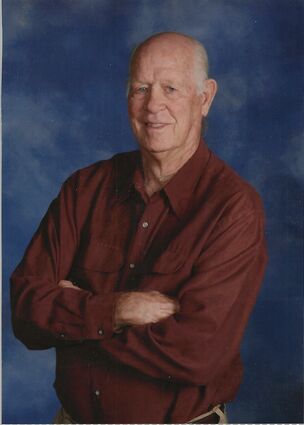 "I attended the elementary schools and high school here. I have made it my home and love the city of Wasco."

Rueda is a woman of faith and has been a part of St. John the Evangelist Catholic Church for as long as she can remember.

She notes her leadership experience and worked for almost 20 years for the Kern County Department of Human Services.

Before getting her position with the county, she spent time as an employee of the WUES district.

Of her professional background, she said, "I learned how to work together as a team and developed my communication skills. I am bilingual, which will help me as a board member."