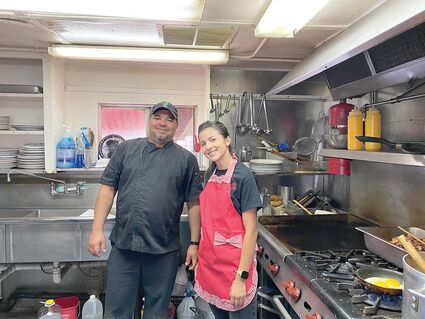 The Penas are using the same chef at the restaurant, Miguel Alcaraz.

If you have lived in Shafter any length of time, you probably have a memory or two of chowing down at the Red Wagon. The restaurant, located on Beech Avenue, has been serving the residents of Shafter and Kern County for decades. Starting Tuesday, the restaurant is under new ownership, but holding on to some old traditions.

Owner Gilbert Pena, along with his wife Rita, son Oscar and the rest of the Pena clan have vowed to keep the traditions in the forefront, including its homey atmosphere and its great food.

"We are even planning on bringing back a lot of the restaurant's original recipes," said Gilbert Pena.

Pena said that he remembers taking his wife and kids to the Red Wagon many times over the years, enjoying the place's décor, atmosphere and great food. One small change in the operation will be the hours. Pena said that they will be extending their hours to 6 a.m.-2 p.m., giving diners an extra hour. They still will be closed on Sundays and Mondays. 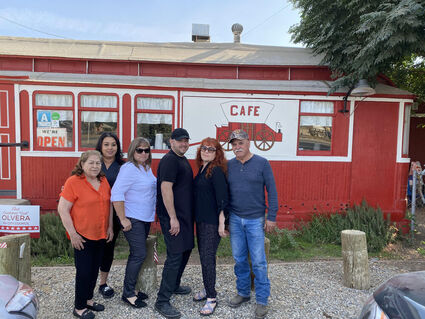 The diner has been famous for its biscuits and gravy, as well as its generous portions. This will remain the same.

Pena said that he had found out that the previous owners were going to close the restaurant, and he said that he saw an opportunity to keep this institution alive. "It would have been a shame to have the place close down or sold and changed into something different. This is a piece of Shafter history."

Diners were happy to see the place staying open and keeping this restaurant a part of Shafter. "I remember coming here as a kid, thinking that this was so cool to be eating in such a neat place," said Shafter resident Carlos Hernandez, who was there with his kids. "I can't imagine Shafter without this place."

Pena said that anyone who has enjoyed the Red Wagon over the years will not be disappointed. "It is the same place, with the same great food, with the addition of the original recipes coming back."