Chief: A commitment to pro-active policy in Shafter keeping gang activity down 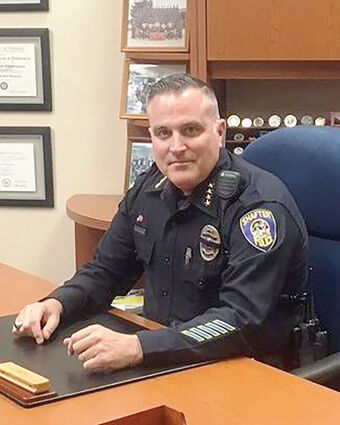 With all of the violence that has taken place in recent weeks in northern Kern County, including Delano, McFarland and Wasco, Shafter has not borne the brunt of the violent assaults.

Shafter Police Chief Kevin Zimmermann said that this is in large part to a philosophy that was taken by the City of Shafter almost 20 years ago, in which they decided that the safety of the city was going to be made a priority.

Zimmermann said there is virtually no activity in recent years from the one gang – which he would not name – that they know exists here.

"In the last six years, Shafter has had 17 crimes that are believed to be gang-related," Zimmermann said. "And half of those aren't necessarily the suspect committing a gang-related crime. Several times, it was a traffic stop or stopped for some other reason, and the suspect was found with a weapon or drugs. Iit is categorized as a gang-related crime because the suspect is involved in a gang, maybe a felon, and were in possession of a weapon."

The chief said that the first steps in the success of their department was when a three-legged stool theory was adopted by the Shafter City Council in envisioning the future of the city. Public safety was made one of the three top priorities. It was then that the council secured funds for personnel, including an equipped gang-unit task force and advanced technology.

"It wasn't an overnight change, but eventually we began to see a decrease in the gang-related crimes, year by year," said Zimmermann.

He said that even with the positive progress made against gang activity in Shafter, the police are not satisfied.. "One of the most important things that we do is being proactive. We may get some complaints about the amount of people that my team stops in town, such as handing out speeding tickets or other citations, but it will benefit everyone in the long run.

"Every time we take someone off of the street, it is not only arresting them for the crime that they committed, but it is also stopping all of the future crimes that the individual may have committed in the future if not caught," concluded Zimmermann.

When asked about the possibility of Wasco getting their own police department, Zimmermann was enthusiastic.

Zimmermann said that he is rooting for the city of Wasco and would love to see them succeed. "The Sheriff's Department has a tough job out there, but they are doing their best to handle it," he said. The Kern County Sheriff's Department is contracted to handle law enforcement in Wasco, but does not have gang task force any more. In fact, the man who helped lead the unit when it was intact now works for the Shafter Police Department. Sergeant Marvin Gomez has over a decade of experience working against gangs in the county.