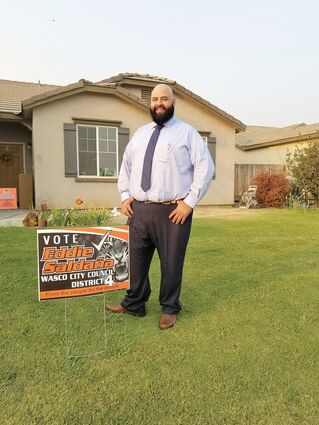 City council elections will take place on Tuesday, Nov. 8. Five districts make up the City of Wasco, and three are up for election.

In District One, Mayor Gilberto Reyna is running unopposed. He has public service experience and a deep passion for advocating for policies that empower the residents.

“Since 2015, I have served as an appointed and elected member on the City Council,” he said.

Reyna has been a resident of Wasco for 39 years. Throughout this time, he has had many active roles in local politics, nonprofits and championing causes, he has been at the forefront of many important issues.

He served on the lottery committee, was the first president of the PAWS parent club, was vice president of the scholarship association, was a WUESD Board of Trustees member, and is currently a member of the Citizens Advisory Committee.

Most recently, Reyna spearheaded an initiative to launch a Wasco Police Department by creating a steering advisory committee that provided specific equipment and personnel costs.

Among the issues he cares most about is the health of the residents. He coordinated mental health clinics and was instrumental in launching Covid vaccine clinics held every last Sunday of the month.

The “pay to vaccinate” incentive program was his idea. Through this, the number of vaccinated in Wasco has increased, and the infection rate has decreased.

Reyna believes that when casting their vote, citizens would do well to choose a candidate who has a genuine stake in improving the quality of life and safety of all residents, and that has demonstrated this through their committed participation and work in the community.

“I believe I am that candidate in District One and would be honored to have your vote.”

Pallares said he is running because he wants to help the community prosper. He has lived in the Wasco area all his life, attending local elementary schools and graduating from Wasco High. He obtained an associate of science degree in industrial drawing from Bakersfield College.

“I desire to help our residents and be an active member of the community,” Pallares stated.

Pallares has been an engaged community member since 2013, when he regularly sat in on city council meetings.

“Attending meetings like Neighborhood Watch, General Plan, Highway 46 Corridor and High-Speed Rail, enabled me to learn and offer ideas to find solutions for improving the City of Wasco,” Pallares said.

He considers himself dependable, honest, and cordial, which he said will serve him well on the Wasco city council.

There are many important issues that he cares for. However, he believes public safety, water infrastructure and housing are paramount.

He is also concerned about the youth and the elderly.

“The children need many activities to choose a program for their interest. Recently, I was made aware of how lonely seniors are when their homes are empty. They appreciate the Wasco Recreation and Parks District and the city for senior day at the fair but need more activities year-round.”

He said he stands out among the other candidate because of his nine years of experience with direct involvement with city government and processes.

His opponent, Valentin Medina, said he is running to give the Wasco residents a different representation option in District Three.

“As I begin to grow my family, I want to ensure Wasco is a place people want to live in and raise their family, not a city they want to move out of due to violence and crime,” Medina said.

He does not have a background in politics but said he wants to get involved on the council to positively impact the community and ensure that the best interests of stakeholders are kept at the forefront of decision-making and policies.

He works for a local agricultural company as director of field operations, leading a workforce of 250+ employees. He also serves as a director on the Kern County Farm Bureau board.

Medina said he comes with the mindset that this will not be an easy task, but if elected, he looks forward to working alongside the community.

“To make sure that we are engaging our residents on decisions that affect all of us,” Medina said.

Among the issues he cares most about are violence and crime. “This is at the top of my list,” he said.

He is also concerned with homelessness and community health and wellness.

Medina believes he is qualified for the job.

“Throughout my professional career, I’ve learned what it takes to be an effective leader and truly lead by example. I am not afraid to question the status quo and put the best interest of Wasco residents first.”

Lynch has held the position since February. He has been a resident of Wasco for 25 years. He moved here after retiring from the Police Department and later began working for the Tulare County Fire Department as an engineer for 15 years. He is now retired from fire services.

He has spent more than 40 years in public service at the municipal and county level.

“I served four years on the Wasco Housing Authority trying to make a difference in the lives of the residents in the farm labor camp.”

For more than 20 years, he was a substitute teacher and counselor in both Wasco school districts.

Lynch believes he should be elected to the council because he feels best qualified for the job.

“My work in law enforcement and fire service has involved me in contract negotiations and managing budgets. I have served in supervisory positions necessary for good leadership.”

Since being appointed to the council, he has prioritized pushing to make our community safer.

“Speaking with citizens of Wasco, they want more accountability from our law enforcement. An overwhelming number feel we need to have our own police department and realize there is a cost that comes with that. Coming from that background, I have to agree with them.”

He added, “We need to change things in Sacramento to make lawbreakers more accountable for their crimes. We are seeing our law enforcement hands being tied and watching a revolving door with the criminals being let go without doing any time in jail.”

Eddie Saldaña has noble intentions in his desire for the council member position.

He has lived in Wasco for 28 years.

“As a homeowner and parent, I want to preserve the town and keep it a great place to raise a family.”

He said he has the passion and commitment necessary to be an effective city council member.

“I will work hard to make sure the voices of our community members will be heard,” Saldaña said.

He added, “ I am a happy family man that has worked as a crane operator by trade. I’ll be new to politics, but I have what it takes to do an exemplary job.”

Saldaña said he has served the community with all his heart since his first year at Wasco High School to this present day.

He said he has a hard work ethic and the dedication to serve the city of Wasco.

“I am confident I will be diligent in my goal to get all constituents of our beautiful Wasco involved to make changes for the betterment of us as a whole strong community. Together we can.”

He said he would like to see more resources for seniors and young people.

“I am also interested in starting more neighborhood watch groups to be proactive in protecting ourselves from the crimes we have been experiencing.”

To this end, Saldaña is a firm advocate of starting a Wasco Police Department.

He said he is running for no political gain.

“My one and only reason is to serve the citizens of Wasco to the best of my ability and to make sure our city sees the growth and development it deserves for many years to come,” Saldaña said.

Myron Williams is seeking the position to better the community, grow his fellowship with his church and get more involved.

He has lived in Wasco for 20 years.

“The community is great. It just needs a little bit of help for the youth with different programs, activities and scholarships to keep them interested,” Williams said.

He has been a member of the TrueLight Baptist Church for 4o years. “My great-grandfather built the church,” he noted.

He said he would bring the values of the church to the role of council member.

“This is my first attempt at a political position, but I feel that even so, I am qualified to do the job and will fulfill the duty to the best of my ability,” Williams said.

He has volunteered for Wasco Bengals football and assisted the Wasco youth wrestling team coaches. At Karl F. Clemans Elementary School, Williams was an assistant sports coach helping students at their practices.

“I also participate in Calloway 4H programs working with horses and poultry for 25 years, teaching the younger kids discipline in life, showmanship and responsibility.” 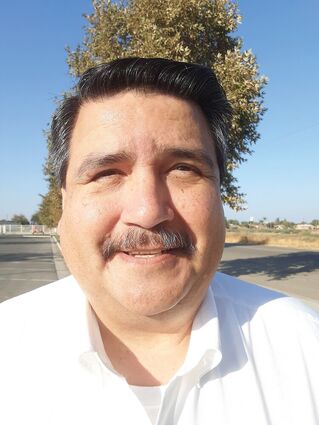 He said the issues he cares about are troubled youth and their lack of programs. He wishes to bring the community together.

Williams has worked as an equipment operator for the C&J Energy team for 12 years. Before that, he was a crew pusher for KSI, an energy company.

“These experiences have allowed me to develop strong leadership skills.”

He believes he should be elected because he is passionate about helping others.

“I care about my community and am here to help wholeheartedly.”