Reverse Drawing Dinner for a noble cause 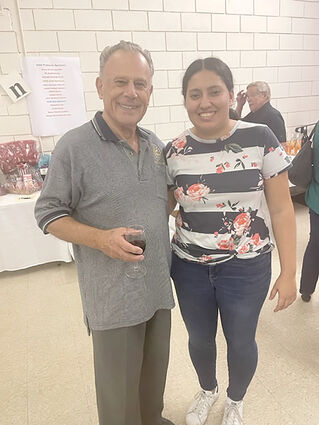 Club member Martin Lonza served as the master of ceremonies and helped draw the names for the reverse raffle.

"I think it was another successful event," he said. "It's always fun to call people's names."

"We have a strong group of supporters that continually contribute and, in turn, help us make the community better through their donations to our nonprofit."

"I am happy I won because it will really help me. It came at a good time," said Lopez.

Those that attended said the event was well planned.

"It was awesome. I liked how they ran everything, plus I got to talk to some of my friends I hadn't seen in a while," Cherylee Wegman-Craig said.

With the planning, club President Oscar Luna said one member stood out, "Tony Stout is our coordinator. He does an amazing job, and we credit him for his hard work."

The event had a special place in Petra Rueda's heart. Of her late husband, she said, "It was his tradition to attend every year. He loved it. I told my daughter we had to continue coming for him."

Many key leaders from Wasco attended.

Jose Gonzalez from Strata Credit Union said, "It was a beautiful event, and I saw that there were school superintendents, the city manager, and current and past mayors."

Mayor Gilberto Reyna said, "I think it's a great gathering. This helps the Rotary Club to raise funds to use in all of the wonderful things they do for the city of Wasco."

Andrea Guevara said, "I think it was special because everyone was united to help the Rotary. I've been several times and keep coming back because it's always a good time and nice environment."

Students from Wasco High School were on hand as volunteers to serve the meals.

Maria Soto said of the experience, "I wanted to try something new and something that I could learn to help me in the future." 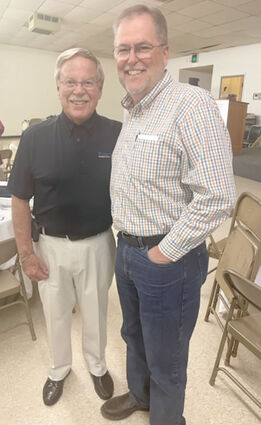 Proceeds from the event will be used to fund the Club's philanthropic efforts.