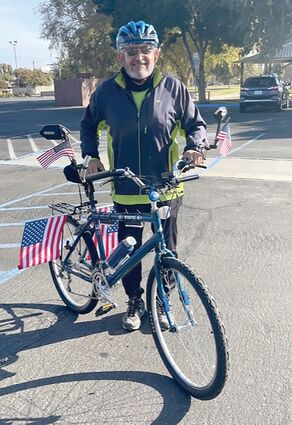 Mayor Gilberto Reyna is an avid cyclist and believes Wasco residents should have access to bicycle riding education.

The Wasco Recreation and Parks District, the City of Wasco and Bike Bakersfield hosted a morning bicycle ride for the community Saturday. It was a day of fun while learning about bike riding safety.

"Bike riding is good for your health, but it can be dangerous," said Mayor Gilberto Reyna, who spearheaded the initiative.

He said he was motivated to organize the event due to recent incidents in which two riders collided with two vehicles. One resulted in the death of one of the riders.

"I want to ensure we provide education on how to properly signal and make yourself visible on the road as you travel," Mayor Reyna said.

One of the major reasons bikers get hurt on the road is that drivers in their vehicles don't know what the cyclist intends to do.

"Many cyclists weave in and out of traffic without making any hand signals, exposing them to being hit by a vehicle. Today is a fun ride and some education while enjoying the sunny weather and fresh air."

Participants also received a free bike helmet compliments from the City of Wasco.

Bike Bakersfield shop manager Jay Bird said, "We are here today to promote riding bikes. Mayor Reyna reached out to us to do an event for the community to encourage bike safety."

He shared that Bike Bakersfield works with many middle schools teaching students cycling awareness and how to ride correctly.

"Whether it's following the rules of the road or staying in the cycling lane," Bird said. "Hand signals and protective high visibility wear are also important."

Bike Bakersfield is a nonprofit and runs a volunteer program for youth 13 and up.

They come to volunteer and learn about cycling. The main focus is promoting a healthier lifestyle and avoiding fossil fuels.

"This helps the environment and makes a stronger community when everyone comes together," Bird said.

He grew up outdoors riding his bike.

"I feel with how things are now with all of the technology, it keeps young people enjoying good wholesome fun outdoors."

For him, the best part of holding these bike rides is when all the kids come out smiling and having an amazing time.

Tony Renteria is the outreach and education coordinator for Bike Bakersfield.

"Mayor Reyna and I wanted to collaborate on something fun and informative for the community involving bicycles and pedestrian safety because it's important to bring awareness to Wasco."

He said events like this are special because it's about bringing the community together.

"I think they get a sense of involvement with each other, and it's something positive to empower the residents of Wasco," Renteria said. 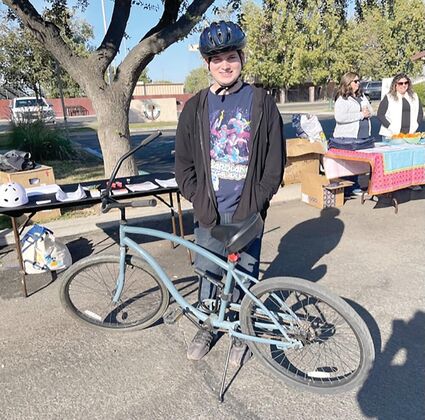 Shaun Reynolds had been riding from an early age and said he loves it.

Shaun Reynolds participated in the ride.

"I decided to come out today because my bike was messing up on me, and I knew there would be people here to help fix it."

Reynolds said, "I like riding because of the wind, speed and feeling of freedom. I've been riding since I was six and have loved it ever since."

"I believe bike safety education is needed to prevent accidents. With an event like this, you get that, and it also lets you get to know others that share the same hobby as you."