Joe Prado said it was an honor to be part of the WHS legacy.

Wasco High School held its Athletic Hall of Fame induction ceremony on Saturday. It was a night of celebration honoring some of the best sports players and teams in the school's rich history.

Seven individual alumni were recognized for their superb athletic skills, while students at WHS, leaving their mark on the school.

Coach Thomas Proffitt was also honored for his dedication and contribution to the school's athletic program from 1979-1999. Under his direction, the teams he coached won many prestigious championships.

"This award is to all of the Tigers I had the luck to coach," Proffitt said.

Of the event, he added, "The best is seeing my players, some that I haven't seen since they graduated, and see how well they're doing in life."

Joe Prado, a 1991 varsity boys basketball team member, said, "It feels amazing to be able to come back to my community and see familiar faces. To be part of this elite group and WHS legacy is humbling."

Tracy Burns-Lusich, who played volleyball, basketball and softball class of 1993, shared, "It feels great to be included with such a tremendous group of individuals."

Aisha Maston was part of the volleyball, basketball and track teams, graduating in 1995. She later went on to run track at the University of Nebraska.

"This is where my athletic career took off. It gave me the discipline I needed to prepare me for athletics as well as academics."

She said of the ceremony, "I will forever be remembered for what I contributed athletic-wise."

Leonard Ortiz coached Greg Romo class of 1993. He said, "He was one of the most enjoyable players I coached. He was a hard worker, never complained and just did what he had to do."

"Today, I feel wonderful. I feel emotional. It was long overdo."

It was like a reunion for many of the guests.

Romo class of 1993 said, "Seeing all of the faces I went to school with brings back a lot of memories of Wasco athletics. I'm excited because Wasco is family; it's home. To be here together is awesome and amazing."

Chris Rivera of the 1995 varsity cross country team added that he enjoyed hearing the stories from the other inductees and their outstanding accomplishments.

"It was fun because our coach would run with us. I feel grateful that we were recognized, that we earned the reward, and that Mr. Peck was still alive to see it," Ramirez said. 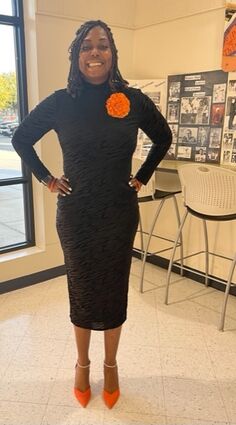 Aisha Maston said it was a humbling experience to be recognized by her alma mater.

He added, "He was very dedicated. The man was committed to us and never let us down. He took me to the ocean. It was my first time."

Sharon Sharp, the executive board vice president, and the other planning committee members worked hard to ensure the night was a success.

"It is always a wonderful event. Anytime you have something that is all positive and highlights the best of our alumni, it doesn't feel like work," Sharp said. "As an alumnus, being able to honor other alumni is a blessing."

"It's an important part of what makes Wasco a special place. It was fun getting to welcome a lot of people back to their school and great to see the community spirit of Wasco on display."