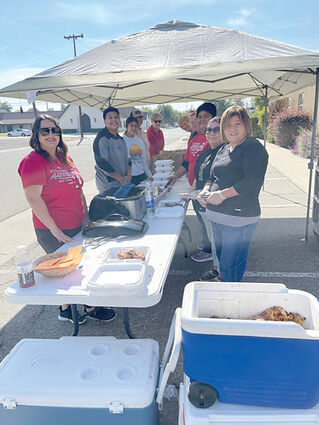 Toys for Tigers held its annual chicken lunch fundraiser on Saturday. Many residents supported the organization's effort to brighten the holiday season for those less fortunate in Wasco.

Dale Nicol was part of the barbecue crew.

"Today, we give back to the community. We got here at 7 a.m. to light the grills and cook some chicken," Nicol said.

He has been doing this volunteer work for the last ten years.

"It is special because we are making money for Toys for Tigers, which in turn buys toys and food for people that need it."

David Ward was also a member of the crew.

"I'm here today to raise much-needed funds for a lot of disadvantaged children that need a happy Christmas," Ward said.

He added, "And we get to have a good time with some good friends,"

"We've had to turn people away because we were sold out," Ward said.

Volunteers played a big role in donating their time to a worthy cause.

"I've been helping for many years. I do it because it's fun helping out my community," Lexi Hernandez said.

She believes, "It's a good way to spend my time and give back while showing the person I am, which is caring about helping others."

"I care about kids and want them to have a special Christmas. I think we are making a difference in their lives."

Almost 700 kids have already registered for toys. On average, $25 is spent on each. Families also receive food baskets, and there are meals for senior citizens.

Candy Wilson is the founder of Toys for Tigers and is also a volunteer. She said the community has been behind the non-profit 100%.

Wilson gets great satisfaction carrying out the work she and the Toys for Tigers team of volunteers do, helping to realize the mission to touch as many families as possible.

"I think of a child on Christmas morning and the look on their face when they get a toy, and I think what they would feel if they didn't get one," Wilson said.

Next in store for Toys for Tigers is a Christmas Tree Spectacular Family Fun Night on Monday, Dec. 5. 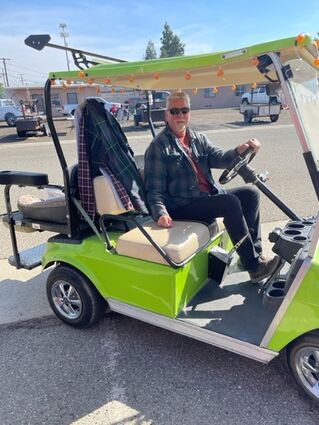 Glen Wegman picks up lunch for himself and friends.

It will be a chance to see many beautiful Christmas trees decorated by local clubs, organizations, churches and individuals.

There will be crafts, cookies, hot cocoa, games, letters to Santa, face painting, cookie decorating, building a snowman, and pictures with Santa and Mrs. Claus.

Dinner tickets will be available at the door, where proceeds will benefit Wasco Bengals football and cheer.