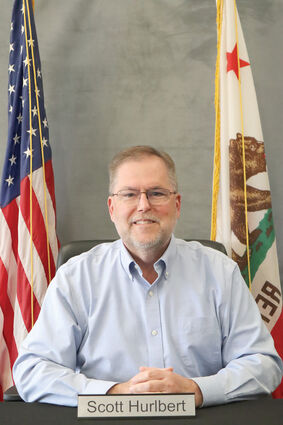 On Tuesday at the regular City Council meeting, the appointment of Mr. Charlie Fivecoat as Transitional Chief of Police was unanimously approved. City Manager Scott Hurlbert was au-thorized to finalize and execute the contract and proceed with the hiring process.

According to a press release, this comes after earlier in the fall this year that the City Council di-rected staff to begin the process of starting up a local police department. As part of that, the first step was establishing a "start-up team" consisting of the Chief of Police, Lieutenant and Police Records administrator.

The team would ensure that all state and federal certifications are in place, research opportunities, establish department policies and procedures, acquire equipment and begin the recruitment pro-cess.

Currently, the City of Wasco contracts with the Kern County Sheriff's Office (KCSO) for law enforcement services. Because of ongoing staffing challenges, the City and the KCSO have ex-plored the possibility that the Wasco Sub Station may eventually be closed.

The press release further stated that to realize a coordinated transition, the Wasco "start-up team" will work closely with KCSO to develop a plan to ensure this goal is met.

Hurlbert said, "The sheriff's deputies here in Wasco do a fantastic job. But the staffing difficul-ties are significant, and no one expects that to change right away. Both parties feel it is best to get out ahead of this and work together toward a smooth transition of duties."

Fivecoat comes with tremendous credentials. He has 33 years of law enforcement experience and has served over the years in various capacities involving security management. Fivecoat is also a US Army Airborne veteran and has served as contract Chief in Wasco, McFarland and Tehacha-pi. From 2006 to 2011, he was Chief of Police for the City of Shafter.

"This is the first right step for us to implement our own police department. Charlie Fivecoat's background makes him the right individual to achieve this in a timely manner," Mayor Gilberto Reyna said. "We extend to him a warm welcome."

In other news, Sergeant Charles Shinn of the KCSO was encouraged and pleased to report that on October 20, an arrest was made in connection with the murder of Guadalupe Chavez that took place on December 4, 2021.

The incident occurred on the block of 1500 G Street. The suspect, a juvenile, was booked for two outstanding warrants for murder.

Shinn said, "Even if it takes some time, these individuals will be found and taken off the street." 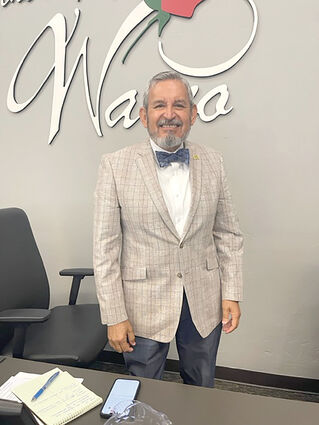 He said of the dramatic increase in patrol checks, "This is an indication that deputies are out there making themselves visible in places of concern that need attention."

Also, Maria Lara, the assistant city manager, shared at the meeting that the City of Wasco was awarded a grant in the amount of $288,000 from the California for All Animals program.

This money will be used to establish an agreement with the SNIP Bus Spay and Neuter Clinics to come to Wasco once a month over three years. Free service to perform spay/neuter and rabies vaccines are anticipated to begin in January of 2023.

"This will make a big impact to control the animal population in Wasco," Mayor Reyna said. "I am elated about this grant award."