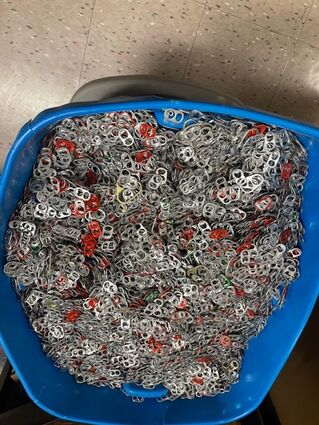 Over 200 pounds of aluminum tabs/pop tops were donated to the Bakersfield Ronald McDonald House.

The Wasco Elk Ladies hosted a special fundraiser for the Bakersfield Ronald McDonald House. The money raised will support local families with sick children, providing them shelter while seeking treatment.

The 'Tab Night' was in memory of Eddie Johnson, who was a loyal member of the Elks.

"I think it is a great way to remember him," RMH of Kern County director Scarlett Sabin said.

One pound of tabs covers a night's stay for a family in the house.

Money raised also goes into an emergency fund that allows the house to provide anything from clothing to child car seats.

The idea was born through the leadership of Marlene Swan.

"Many years ago, Wasco Elk Lady Marlene Swan initiated many organizations to collect and save the tabs," Nia Hunt said. "Eddie Johnson took this to heart and spent much time collecting these tabs."

"He was very nice, and this is one of the reasons we do this campaign," Story said.

"The best part of the Elk's contribution is that it is all about the community and service," Sabin said.

She added that she feels grateful because if it weren't for the community at large, the house wouldn't exist.

"It's incredible that the people, with their passion, are leaving their footprint on the world."

Sabin said that Wasco is a special place filled with pride and spirit.

"Growing up in the midwest, it reminds me of a small mid-western town where everyone knows your name. Whether it is a football game against their biggest rivalry or the pride you see at the Rose Festival, the community is truly rooted in tradition."

Throughout the United States and other countries, hundreds of Ronald McDonald Houses offer families great comfort while their children are undergoing treatments at nearby hospitals.

The organization's goal is to produce a "home away from home" for families struggling to care for their sick children.

"What we offer is important because we help families during a medical crisis. They don't have the added expense of traveling to the hospital where their child is cared for. It gets expensive, and we want to keep families close, making their lives a little better during a difficult time," Sabin said. 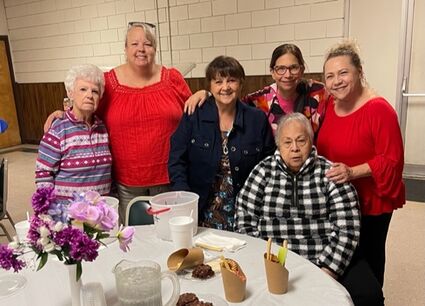 The Wasco Elk Ladies were proud of their efforts to support the house.

Sabin has spent the last 14 years with the organization. "We opened here in 2009. At the time, we were the world's smallest house before it was renovated in October 2018 and later reopened in July 2019."

The house serves Wasco because the closest hospital for children is in Bakersfield.

"We have provided a home for many Wasco families throughout the years. A family from Wasco was with us for the longest record of time, with 126 days in 2010."

Hunt said of the fundraiser, "This is a small but large act for the community. It only takes a little time to make a big difference in someone's life, even if it is momentarily."