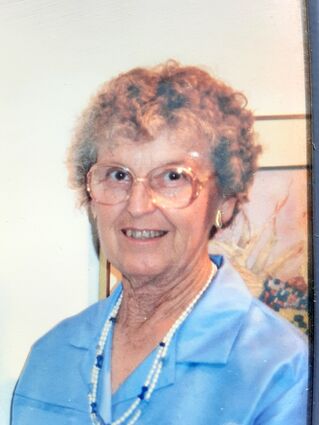 Mary Jean Leslie was born on March 9, 1931, to Bertha and Bernard Heitkotter. Her sister Bernadine shared her birth date two years later, and they enjoyed celebrating their mutual birthday together over the next 85 years.

Mary Jean, Bernadine, and later their brother Bernard lived with their parents, moving between Fresno and Bakersfield several times. Mary Jean recounted watching Bakersfield grow from fields of wildflowers and farmland to the sprawling city it is today. She had vivid memories of the people, homes, and her experiences across the Central Valley.

She attended East High School, then earned her teaching credentials from Fresno State University. She taught mainly 3rd grade at Hart and Jefferson Elementary Schools. Throughout her life, she nurtured a fascination with nature and art.

Mary Jean married William F. Leslie in 1952, shortly after his return from the Army during the Korean War. Together, they had two children and remained a loving couple for 70 years. They spent nearly 50 years on their farm in Shafter, where they had room to grow fruits and vegetables, for Mary Jean's arts and crafts, and, after retirement, for rock collecting and lapidary work. Mary Jean and Bill hosted many family gatherings at their beloved farm.

Mary Jean was very creative; inspired to try her hand at various art forms throughout her life. She sewed, painted watercolor, made macramé and pottery. Later, she made innovative crochet wire jewelry, often cutting and polishing the stones for the jewelry herself. She was a member of the Village Artisans Collective in Bakersfield and participated in local arts and crafts fairs through the 1970s. Mary Jean and Bill were members of the Kern County Gem and Mineral Society.

In their later years, Bill and Mary Jean traveled in their motorhome for weeks at a time, sometimes to the mountains, sometimes to the beach, but usually out in the desert with their KCMS friends. They always looked forward to attending the next "rock show" – AKA Lapidary club shows around southern California and Arizona where they would buy and sell rocks. When home, Mary Jean was an excellent gardener, tending to her lovely succulent garden. Sunday brunch at the farm became a family tradition for years when she made omelets for everyone. The family will always remember her cinnamon rolls and schnecken.

Mary Jean was a gentle loving soul who will be missed by everyone who had the good fortune to know her. Mary Jean is survived by her brother, Bernard Heitkotter; her son, Tim Leslie; her daughter, Judy Leslie-Gannon (Randall); and seven grandchildren and three great-grandchildren.

A funeral service will be held for Mary Jean on Friday, Nov. 18, at Hillcrest Memorial Park, 9101 Kern Canyon Road, Bakersfield. Chapel visitation begins at noon, followed by a graveside service at 2 p.m.