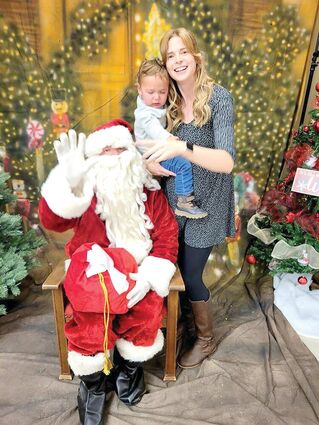 There will be pictures with Santa, like last year.

The event promises a memorable evening of enjoyment for both young and old. Admission is free, including five activity tickets.

Candy Wilson of Toys for Tigers emphasized that this is not a fundraiser. "We do this for the community. There will be lots of things to do and Christmas music. It should be a good time for all."

"This year, we will have over 16 trees. It will be a great way to put everyone in the holiday spirit." Wilson said.

There will be crafts, cookies, hot cocoa, carnival-style games, face painting, cookie decorating, building a snowman out of ice cream and pictures with Santa and Mrs. Claus.

A highlight will be letters to Santa, where children will receive a response letter from him mailed out the following week.

Wilson said the best part of the event is that the kids have fun.

"I love watching them. It's nice to see them overjoyed and having a good time."

"We are partnering up with the Wasco Elks. They are supporting us tremendously in this effort," Wilson said.

A team of 10 Toys for Tigers members is working hard to make the event special.

"It has been a success every year we have held it," Wilson said.

This year there will be dinner hosted by Wasco Bengals football and cheer team. Tickets will be available at the door, with proceeds benefiting the Bengals. For $15, there will be savory deep-dish meat, a warm roll and three side dishes.

"We are very excited about joining forces with Toys for Tigers. They have done a lot of good things for the community. We both have the same mission of reaching out to our youth," Bengals area representative Gonzalo Cruz said.

He added, "Hopefully, we can turn this into a positive experience and make it a tradition of partnering up with Toys for Tigers for these events."

Toys for Tigers is an independent nonprofit association that provides toys at Christmas time for children in need. Every year they give away more than 650 toys to kids. They also provide food baskets for families in Wasco. 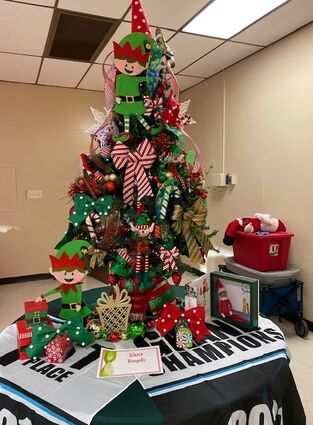 A Christmas tree decorated by the Wasco Bengals was featured last year.

The organization has been around for 20 years and is primarily supported by Wasco citizens.

"Whatever money we raise is spent here in Wasco for Wasco families," Wilson said.

Toys for Tigers needs volunteers to assist on the day of the event.

"We can never turn down good help. They would be helping with crafts."