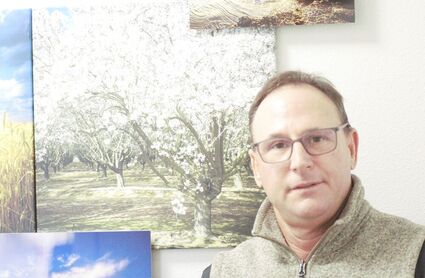 Geordy Wise has been in the farming industry for 25 years.

First in an occasional series on local farming.

Shafter farming has had a rich and varied history, with big booms mixed with years of harsh winters and challenging harvests.

Local farmer Geordy Wise, who has his own acreage and manages 22,000 acres for other clients as part of Pacific Ag Management, has seen the best and worst of times in the 25 years he has been involved in farming in the area.

Wise said that the evolution of crops has depended on, among other things, water, and even more importantly, supply and demand. "When potatoes and cotton were really big in the area, water was plentiful and the demand for the product was very high. When more parts of the nation and the world started producing more product, the demand lessened, making it hard for the local farmers to compete.

Today, Wise said that almonds have replaced the row crops at the top. "California produces around 90% of the nation's almonds," said Wise, "giving the California farmers a big advantage on the rest of the country."

Almonds, though the biggest crop in Kern County, faced one of its toughest years in memory, with record-low temperatures that hurt and damaged trees. "This is one of the toughest years we have had," said Wise. In fact, Wise said he was preparing for budget meetings in which tough decisions would have to be made to keep the company moving in the right direction.

Asked if water is an issue, Wise said that the water allocation for this past year was very low. Allocation is the amount of water that the different water agencies give their clients to farm for that year, forcing farmers to find for themselves. 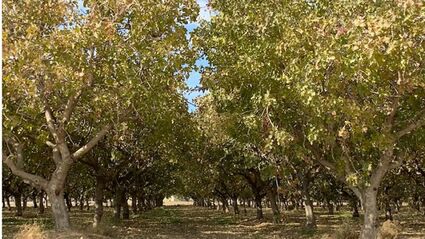 Almonds are king in the Shafter area now.

Wise said that technology and different varieties of almonds are helping them in their operation. "We can plant some almond trees that are early bloomers and some that are late bloomers that can stagger the harvest times for the company, which helps avoid the risk of losing the majority of your crops in one harvest."

Wise said a healthy crop would be around 3,000 pounds of product per acre. They also are experimenting with types of almond trees that need less pollination from bees, which helps cut costs. They call them self-fertile trees.

The process that it takes to get the product, whatever it may be, to the dinner table is one that is a mystery for most people. For people like Wise, and generations of Shafter farmers, the process is a part of their daily existence.

Wise said that for a lot of people, himself included, farming is just in their blood. Farming is not just a job, or occupation, it is a way of life.