A tour of homes alive with Christmas spirit 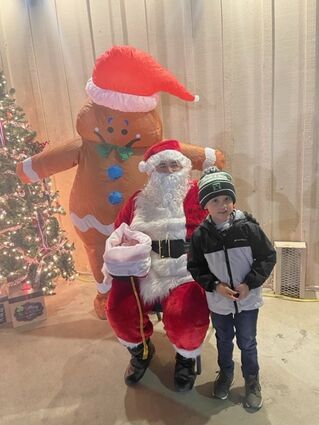 Adriel Medina enjoyed pictures with Santa and the gingerbread man.

The Wasco Recreation and Parks District hosted a "Light up Wasco" event where guests were treated to a tour of the best Christmas-themed, decorated homes. Santa made a special appearance, and there was gingerbread, life-size characters, hot chocolate and cookies.

A Dial-a-Ride bus transported families around Wasco, where they had a chance to view and vote on their favorite homes, which were colorfully lit with lights and adorned with Christmas characters like Rudolf the Red-Nosed Reindeer and Santa's elves.

Eighteen homes located throughout Wasco participated in the contest. The top three winners received prizes for their efforts to stand out above the rest.

"There was lots of holiday cheer," WRPD District Manager Chris Serna said. "It's just a wonderful time in the year to bring this festivity to Wasco."

"It's great to see the little smiles on the kid's faces and their excitement to see Santa. That's just priceless to me. It was all just in jolly good fun."

On the bus, there was lots of laughter and singing to holiday music. A caravan of cars trailed the bus for those that provided their own transportation.

"It was our first annual tour, and we look forward to making it a tradition," Serna said.

Rachel Gonzalez rode on the bus. 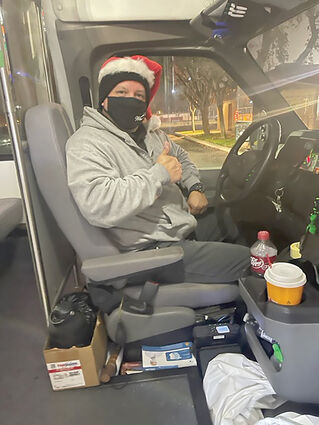 "I hope they continue to do it again. We need more activities like this," Gonzalez said.

Council member Gilberto Reyna said the Light Up Wasco bus tour was a great way to view our city's many beautiful, Christmas-decorated homes.

"This event brought our community together for a fun evening singing Christmas songs and picture opportunities. Seeing our city lit up with the Christmas spirit, Santa and the gingerbread men, a bus packed with children and adults, and a parade of vehicles was fantastic.

"Thank you to the participants, the City of Wasco, and the Recreation and Parks District for this special event and the start of a new Wasco tradition. And to the sponsors California Home Pros and H & H Automotive. Well done."