Wasco year in review -- the first half 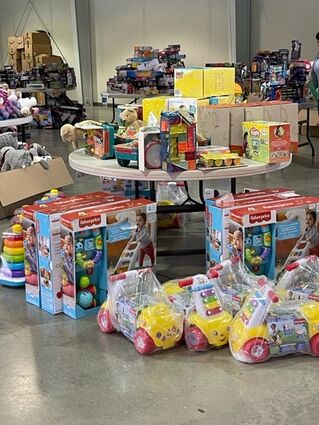 Over 1000 toys were distributed at the Toys for Tigers event. (December)

The 2022 year started on a high note, with the Wonderful Company awarding $1.2 million in grants to 32 nonprofit organizations in the Central Valley.

In Wasco, the Kern County Library received a grant to provide residents with books, resources and literacy programs. In addition, money was allocated to convert a sprinter van into a library on wheels for outreach events.

Also, in January, the City Council began preparations for redistricting due to the 2020 census.

At a special meeting, City Manager Scott Hurlbert explained that although the population in the city had not changed much, there was a shift in the districts. This was because, he said, the labor camp was relocated from one district to another, and the inmate population residence before incarceration.

Hurlbert provided an update on the four companies interested in bidding for the project of analyzing the census data and coming up with a redistricting plan.

FLO Analytics was selected subject to review and approval by the city attorney.

This was because rates had not been increased in five years. Over that time, the costs to provide those services increased significantly.

In addition, the city now must comply with SB 1383, which establishes aggressive statewide targets to reduce the amount of organic waste disposed of in landfills, a reduction of 75% by 2025.

The city staff report noted that to comply, residential and commercial services rate increases are necessary.

The proposed increased rate adjustment would be a cumulative increase of 78% for residential and 180% for commercial accounts. c

While the City needs to raise rates at this time, it may also consider outsourcing the City's municipal solid waste operations to the private sector as a potential means for reducing solid waste rates.

Mayor Gilberto Reyna said of the proposed increases, "Historically, we have not been collecting enough money to break even, and that is why we need to raise the rates."

In March, the council conducted the first public hearing regarding the introduction and overview of the upcoming redistricting process.

Flo Analytics created a modular tool on the City of Wasco web page. It allowed community members to draw preliminary redistricting maps to submit for their input.

"The goal is to keep the districts as compact as possible, preserve communities of mutual interest, and preserve the use of existing administrative and natural boundaries," Alex Brasch of Flo Analytics said.

Based upon public and city council input, Flo Analytics produced five draft maps that were posted on the city's redistricting webpage.

The final map was posted and then presented at a public hearing. It incorporated city council, public input, and the revised draft maps elements.

"All statutory redistricting criteria will be upheld, including the Voting Rights Act, and be vetted by legal professionals reflecting public sentiment. It will be a compromise," Brasch said.

April was a month when the council held a strategic planning workshop to plan for the 2022/2023 fiscal year.

Many issues were discussed and prioritized for the upcoming months while committed to their mission, vision and core values.

The city's vision is to provide its citizens and business community with effective municipal services while maintaining a historical sense of community values.

"We are committed to a purpose greater than ourselves," Hurlbert said. "What we strive to do is to make a positive difference and leave a proud legacy."

The workshop's goal was to establish a concise and prioritized list to guide the council and staff in creating the 2022/2023 budget and capital improvement program.

It was interactive, with several exercises for the council and staff attending.

One of the exercises was for the council to provide their top three ideas, projects, concerns and initiatives they were thinking about and/or were hearing from their constituents.

The top issue was overwhelmingly community public safety. "The real underlying question is how do we create a community that feels safe," Hurlbert said.

The council and staff were optimistic about the future.

"We have the right people in the right places. I am happy you are all here," Mayor Reyna said.

In May, Community Health Initiative of Dignity Health, in partnership with St. John the Evangelist Catholic Church, held a free mental health workshop.

The goal was to raise awareness and educate the public to combat stigma.

It was the third workshop that had taken place in Wasco earlier in the year.

The workshop's theme was to explore the impact of emotions on one's mental health.

The event was interactive; there were breathing exercises and other tools to teach coping skills and how to better deal with emotions positively.

Attendees learned about their available resources, even if they didn't have health insurance.

The workshop was led in Spanish.

Mayor Reyna said in the near future, he hopes to collaborate with other organizations to provide mental health workshops in English.

"It is my intention for the Wasco community to become healthier."

In June, community leaders of Wasco hosted their second annual Juneteenth event. It was a free event for everyone to enjoy. 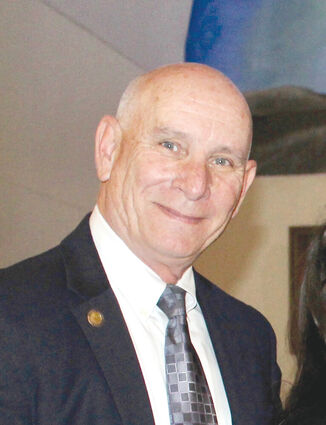 Juneteenth is a holiday that takes place on June 19 to commemorate the emancipation of enslaved people in the US.

One of the organizers, Marcus Ballard, said his team organized the event to showcase the holiday, which was established last year. It was also intended to be a platform to honor the rich black history of Wasco.

Numerous schools and non-profits were there to provide youth with options post-high school graduation.

There were live performances, guest speakers, gospel music, a vendor fair and an assortment of food.

It was an opportunity for Wasco to shine in a gathering that highlighted all the positivity the town offers.