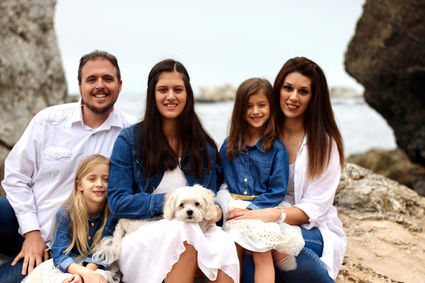 There is a new mayor in town and his name is Chad Givens.

Givens has been on the City Council for the last five years, getting into local government to help better understand how the city runs and how it addresses residents' needs and voices.

At an interview this week, he emphasized that economic development will be crucial to the city's growth and sustainability over the next 10-15 years.

"The methods and logistics of how and where people shop has changed, the market and industries for this area has changed, and we have to adapt to those changes to ensure strong financial stability moving forward," he said.

When asked about what could be done to attract more businesses to the downtown area, Givens said, "This has been a question that continues to rise up, and I think as a council body we need to provide clarity to the situation. Downtown is unique in that you have multiple family-owned businesses and long-standing building owners who have a vested interest in their business growth and success ... [for] many that is their sole source of income."

Givens said that the city cannot tell people how and where to spend their money. Also, they cannot tell business owners how to spend their resources. He does plan to create a joint committee with the local business owners, residents/patrons and city staff to discuss ways that the experience for consumers, potentially working on logistic and city owned property updates, weekend events and activities using city facilities, such as the downtown plaza, and work with business owners on what consumers want to see and how to achieve that as a collective team. When asked why he decided to get involved in local government, Givens said that he loves Shafter and wants to keep it a great place to live for our families, as well as future generations.

Givens said that Shafter is home to him. He was born here, raised here, and plans on retiring here. He loves going to local stores and restaurants and talking with familiar faces. He also enjoys spending time in church with friends and family, and just loves the overall ambiance of the people here.

"I initially ran because I wanted to understand our local government in a deeper level and have the opportunity not only to serve our residents, but the city staff and business owners in a capacity that was unique to the council body. Shafter is a fairly young town, with the median age of 35 and a lot of young families. I wanted to be a different voice in the chambers, one who understood what brought us to the place we are in today."

Givens said that he has been fortunate enough to serve with and under some of the greatest city leaders that he can imagine. He wanted to "soak in as much as I could, not to rock the boat, but to grab an oar and help propel the boat forward.

"Today, I want to take those values and continue to instill them in our young generation and future leaders. I've heard many times from the federal level that Shafter is unique in proving that a city can be successful even with our state politics and crippling state policies that are in place today, and that's because of the success of our local governing body and the incredible people running this city," he said.

"We have one of the cleanest cities in the county, as well as having the safest city in the county, but we have the best staff and the best chief [Police Chief Kevin Zimmermann] in the state. This list continues with the Building Department, Finance Department and Education [Partnership] Department. We as a council need to work to support them as they continue to support this community, driving to success."

When asked how his experience has changed his view of local government, Givens said, "The one thing that has stood out to me more than anything else has been the pressure we receive from the state government and how it plays a very difficult role on our day-to-day management of the city. I knew that local government was still dictated by the state and federal level, but seeing it firsthand has been eye-opening."

Givens was emphatic that he believes everyone's voice matters. He said that if you don't like what is going on in the city, you have to change the scenery, or who is running the state. He said that fiscally, there is not enough transparency at the state level. He said that state policies create more burden on the cities to pick up the missing pieces they force down, and those policies are not fully developed by the time that they get to here.

He listed SB1383, which burdened local law enforcement agencies with having to arrest the same criminals again and again because of more lenient policies of incarcerating criminals.