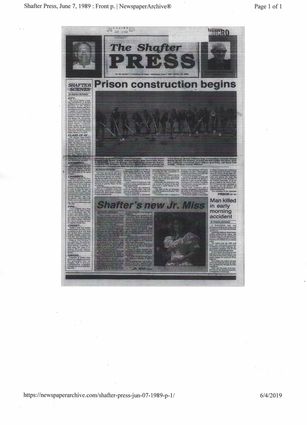 The first mayor of Shafter, Glenn O. Nay passed away at 83. Nay also taught at Shafter High for 28 years as a director in the Agriculture Department.