Dr. Kim liked town 40 years ago, and still does 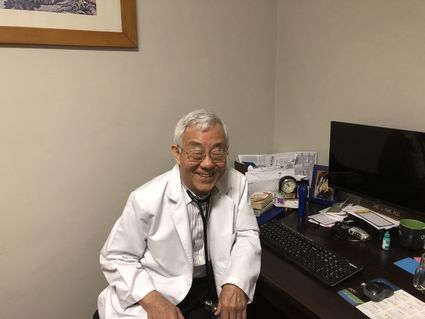 Dr. Jae Kim has been treating Shafter residents for over almost 40 years.

Dr. Kim graduated from medical school in Taiwan and settled in Pennsylvania when he came to the United States. Thinking of where to take his family on vacation one year, he decided on Disneyland. "I took my family on vacation, and we really like California. It was warm, and there was no snow," said Kim.

A friend of his had moved to Bakersfield to practice medicine there. He talked to Kim about moving to California.

"He told me that he knew I like small towns and he said that there was a town about 20 miles from Bakersfield called Shafter," Kim remembered, "and he said it was a very nice town. This was in 1981."

Kim visited Shafter and liked the small-town ambience and loved the weather. He met Mert Wiedman, longtime pharmacist and owner of Stringham's Shafter Drugs, who told him, "You need to move here. We need another doctor in this town." He also talked to Dr. White, a doctor in Shafter who planned to retire. After returning home, Kim received a call in the middle of the night. "It was Mert and he asked me if I had thought about coming to Shafter and told me again that they could really use another doctor in town," Kim said.

He packed up his family and belongings and made the trek to Shafter. He said he has never regretted it. "I just love this city, with its small-town atmosphere. I always say that Shafter is easy. Busy, but easy. It has a relaxed atmosphere, and I really like it." 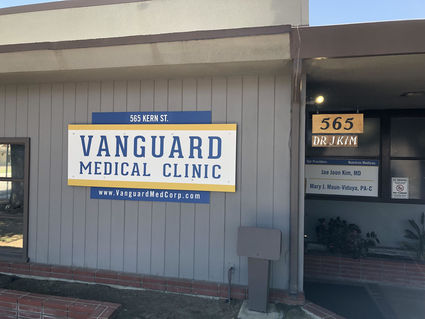 Dr. Kim is connected with Vanguard Medical. He is still practicing and going strong, but the new relationship will alleviate some of the time he has to devote to the paper work end of the business. "I am still going, and don't plan on stopping," said Kim.

He added that it is funny to see patients he treated over 30 years ago. "I see them now, and I am treating their grandchildren," he said. "It is amazing."

Kim said the most challenging part of the practice has been the work required to stay up do date on the advances and medicines that constantly introduced. "Just like the medication for cancer. Years ago, the five-year success rate for breast cancer was nothing to what it is today. Today, five years is not a big deal when it come to the survival rate in a lot of cancers," said Kim. "I have to keep up with the times and the different procedures and medicines that are being used today. I enjoy learning. In this job, you never stop learning."