Sends email to teachers; 'Decided to move on,' but no reason given by school board 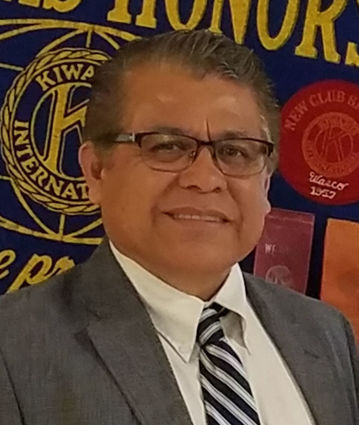 The Shafter Press has learned that Richland School District Superintendent Dr. Dago Garcia has emailed his resignation to the Board of Trustees, saying that he is resigning effective June 30.

The email was sent on Wednesday.. When contacted by phone, Board of Trustees President Deanna Rodriguez-Root said, "Dr. Garcia has decided to move on. His resignation is effective as of June 30, 2019."

The district office was contacted and confirmed that Garcia would be superintendent until June 30.

Rodriguez-Root said that an official statement is being prepared and will be released "shortly." She said that she could not comment any further until they have finished consulting with their attorney on what can be released to the public.

Garcia was noticeably absent from this year's commencement exercises. Garcia's name was in the program to give remarks for the students and family, but he did not attend the ceremony. Assistant Superintendent Rocio Munoz gave the remarks in his place. No comment was made as to the absence of Garcia at the ceremony.

Garcia was appointed superintendent in 2017. Although contract details were not immediately available, agreements usually run for three years, which would have left him with at least another year to serve.

The superintendent was at the center of a controversial decision to reassign and name new leaders for most of the schools in the distrcit last year, a plan that was protested by some parents and city leaders.

He was a lousy administrator