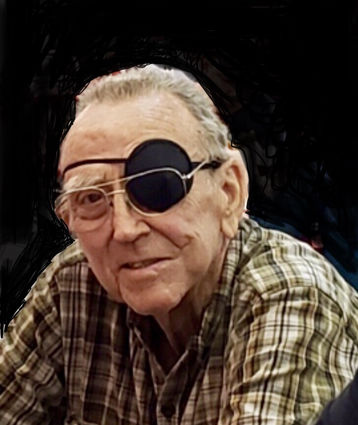 Noel Wilson was born April 14, 1941, in Shafter at Strauss Maternity Home to James Virgel and Ruby Mae Wilson. He passed from his earthly home at Ocuya Creek Ranch into his heavenly home with his Savior on July 24, 2019.

During his school years, he lived south of Shafter on the Wilson Farm with his brothers Jim and Tom, and sisters Linda and Wilma. Their mother passed away when they were young, leaving their father to raise them while teaching math at Shafter High School. Noel attended four years of college majoring in mechanical engineering.

Noel married Janice Putnam in 1964, served a two-year stint with the Marine Corps in Vietnam, then moved back to Shafter on the Wilson Farm in 1968. It was here they raised their three sons – Steve, Sam and Jay.

He began working for Inland Crop Dusters, flying both fixed-wing and helicopter aircraft, and purchased the business in 1973. He managed Inland for 40 years and continued to be involved with Jay and Steve until he was 76 years old.

While crop dusting, he also was a flight instructor, teaching many to fly, including his son Steve, who is now purchasing the business. He was director of the California Agricultural Chemical Association and president of Kern County Agricultural Chemical Association. When the Minter Field Airport District Board was formed, he became president of the Board of Directors.

Noel was not only involved with aviation, he was also a member of the Lerdo and Richland School Boards for 15 years. He also helped with the sale of FFA fair animals for 12 years.

Growing up on a small farm, he always wanted to be a rancher, so he began leasing and purchasing property around Poso Creek. He named his property Ocuya Creek Ranch after the original Native American name for the creek.

Noel was preceded in death by his parents, brother Jim and son Jay. He is survived by his wife, Janice, sons Steve (Sheri) and Sam (Jill), and grandchildren Ryan, Caitlin, Taylor, Cheyenn, Jaymie and Logan, and great grandchildren Reme, Hunter, Brooks and Wesley.

He faithfully attended and supported Valley Bible Church in Shafter for the past 20 years. He will be truly missed and remembered as a very generous man by his loving friends and family.

In lieu of flowers, donations in his honor may be sent to the Minter Field Air Museum, Missionary Aviation Fellowship or Valley Bible Church in Shafter.

A memorial service will be held at 11 a.m. on Monday, Aug. 5, at Shafter Valley Bible Church