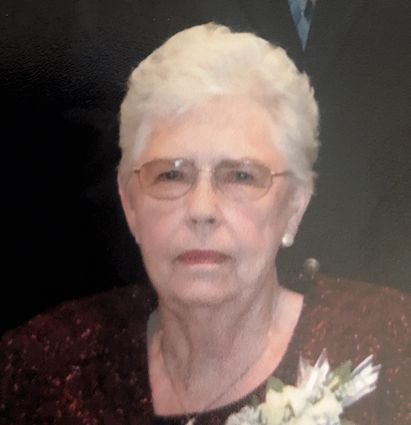 She attended local schools and graduated from Wasco High in 1947. At one of her high school dances, she met Joe Streiff, and the two were inseparable. They were wed in their hometown on Sept. 23, 1950, at St. John's Catholic Church. The couple remained in Wasco to raise their family, and as the kids grew, Vera went back to work; she handled the bookkeeping for Emerson Farms. She was always active at St. John's with the Women's Club and volunteering for special events; she was capable and strong-willed, and she had a lot to give.

Above all, Vera loved to entertain the grandkids; whether it was making mud pies or playing board games and puzzles, she just loved to have fun and make them laugh. Vera loved to spoil her family; she knew everybody's favorite foods and candy, and never forgot. When she got the giggles, nothing was cuter, and she would make everyone around her laugh. A lot of her time was given nurturing, cooking and caring for the family, but she did make time for her soap operas and couponing. Vera was blessed in life.

Vera also leaves behind a sister, Ruby Cronian of Bakersfield; and her sisters-in-law, Lorraine Laughlin of Wasco and Betty and Greg Porte of Arroyo Grande.

The family wishes to thank the entire team at Pacifica Senior Living for the care they provided.

Funeral Mass will be held at St. John the Evangelist Church on Thursday, July 16, beginning at 10 a.m. Interment will follow at Wasco Memorial Park.