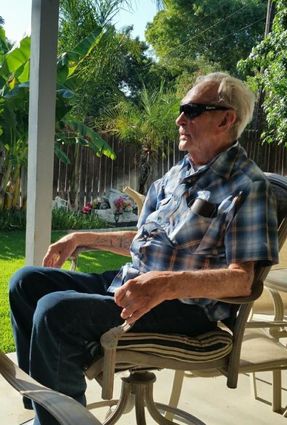 John moved with his family to Shafter when he was 7 years old. He was quite athletic and played football, basketball and track at Shafter High School and graduated in 1951.

John worked as a truck driver for most of his working life. He loved to fish, but mostly he enjoyed drinking McDonald's coffee with his friends and playing bingo, and he loved watching and keeping up with his many nieces and nephews, and his children.

John was preceded in death by his parents; his sisters, Virginia Ehret and Barbara McCoy; his brothers, Robert and Herbert; and his daughter, Suzi Lane. He is survived by his sister Betty Parker; his children Greg Lane, Pam Lancaster and Jason Howard, two granddaughters, four grandsons, three great granddaughters and four great grandsons.

John's family is grateful for the care he received while living at the Golden Living Facility. He will be missed.