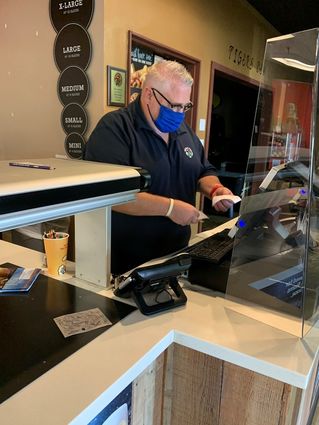 Many think the number 13 is an unlucky number, but for Kern County and Wasco residents, Tuesday, Oct. 13 was a lucky day.

The county officially moved from the purple tier to the red tier, which means movie theaters, hair salons, restaurants, places of worship and gyms may resume limited indoor operations; however, the city is taking it slow this time instead of fully opening up to the public.

"We are still in the process of purchasing basic protective barriers for office lobbies," City Manager Daniel Ortiz-Hernandez said. "We are also providing separations."

Wasco will be slowly moving into the red tier in hopes that the county will be able to move into the next tier up, orange.

Once Wasco gained its red tier, several businesses said they have plans in the works.

Owner Russ Atkins of Pizza Factory on Highway 46 said that he was planning on opening up his dining room with scattered seating for safe distancing.

Atkins said that it's been tough with just take-out ordering and pick up, but he is looking forward to people dining in again.

"That's how we make our money," he said.

Another local dining spot is Catrina's, which is eager to welcome indoor diners for a full menu. Outdoor dining will also be available.

With the reopening of hair salons and barbers, Kayla Dorsey, of Status Beliz Image Salon & Spa on 7th Street, said that all customers must wear a mask while in the establishment.

"We are full service," Dorsey said. "Our doors have been open since the governor allowed us to open several weeks ago."

Barber Adolfo Ocampo, of Adolfo's on 7th Street, said that because his wife is a teacher, he hasn't worried too much about losing business.

"My clients are coming back now," he said. Walk-ins are welcome.

Ortiz-Hernandez also mentioned that the animal shelter remains closed to the public, but animal control is now picking up strays, and if owners have lost their pet, contact the shelter at 758-7240 and ask if they have found it.

"The HSR is not taking responsibility for what is left of the former labor camp; however it will try to work with the city to find a solution," Ortiz-Hernandez said.

Ortiz-Hernandez said that during the pandemic, the city has not had to lay off any employees. In fact, he said that the city hired a new maintenance technician.

Ortiz-Hernandez also said that the residents responded well to the city's request to curb water consumption during the peak summer months.

"We are working on getting the new well operational," he said. "We are out of the critical season."

He also said that residents were good about cutting back, which helped the city out. 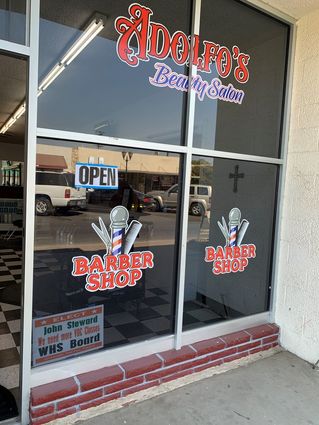 He did say that the state moratorium on disconnecting water continues through December. Once the moratorium is over, if anyone has any problems with their water rates, they are to contact the city and the city will review that person's water bill. If necessary, a physical inspection will be made of the property to ensure the water meter is working properly.

"Several water meters have been replaced," Ortiz-Hernandez said. "With the new meters, we can track daily usage and determine exactly when water usage has increased or decreased."