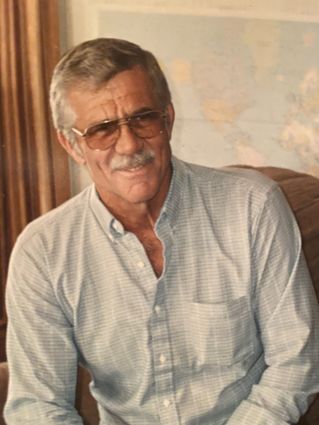 Long time Brentwood and Wasco resident Alan J. Jensen passed away, Dec. 14, 2020, at his property in Wasco, Kern County, surrounded by his loving family. He was 83 at the time of his death.

Alan was a retired agribusiness man with a 65-year farming career in the California Delta and San Joaquin Valley.

Alan was a graduate of Amador Valley High School in Pleasanton, class of 1953. After serving in the U.S. Army in Germany, Alan joined his father, Rasmus, in tomato and sugar beet farming in Brentwood, eastern Contra Costa County. Ever an active citizen, Alan served as city councilmember of the City of Brentwood from 1966 to 1970, then mayor from 1968 to 1970.

In honor of Alan's service, the City of Brentwood will fly the United States flag half-staff at City Hall for 3 days.

He was a long-time operations vice president of Vaquero Farms, Inc., managing extensive row crop operations from the Delta to the Westside of Fresno County. Alan served on the advisory board for the California Sugar Beet Growers Association for 9 years, from 1971 to 1979. He moved to Kern County with his wife, Barbara, in 1983 to pursue almond farming. His knowledge of the almond industry and leadership in the industry resulted in his election to the Almond Board of California in 1992. He served capably on the state board and as its president from 1992 to 1994 and continued serving on several committees until 1997.

For over 50 years, Alan looked forward to an annual hunting trip with his lifelong buddies in Grand Junction, Colorado. He also enjoyed fishing trips with his children and friends to Colorado, Alaska and Oregon, and spending Christmas in Hawaii.

Alan is survived by his wife, Barbara; daughter, Erica Moyer (Jerry); son, Larsen (Emily); daughter, Lindsey; and two grandsons, Troy and Ryker. He is also survived by his sister, Shirley M. Tinsley, of Livermore, Carol A. Jensen, of Brentwood, and numerous nephews and nieces. He is predeceased by his parents, Rasmus L. Jensen and Dorothy M. Jensen, both long-time Amador Valley and Brentwood farmers, and brother, George R. Jensen, of Tehachapi.

The Jensen family thanks you for your kind remembrances of Alan. A private graveside service will be held at the Bakersfield National Cemetery. Contributions to the Make-A-Wish Foundation are appreciated.