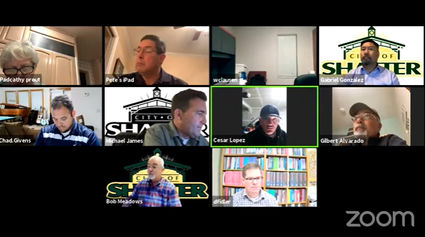 Council receives an update on the Dreams Mural project.

The City Council approved a proclamation for the month of February as Safely Surrender Babies Month, which is a program started a few years ago to give mothers an option to safely surrender their baby within 72 hours of birth at any Kern County hospital emergency room or fire station.

Jana Sagle, of the Kern County Human Services, told the council a little about the program, which has been responsible for eight babies to be surrendered safely in Kern County.

The program allows mothers to surrender their babies without any repercussions from law enforcement, as long as the baby is surrendered safely within the first 72 hours of birth.

The council also received an update from Katie Wiebe, of Listen to Shafter, on the Dreams Mural that was approved for the area next to the Shafter Learning Center and La Hacienda Market.

The mural was a brainstorm of five young children from the Shafter Learning Center who decided to turn the blank wall space into a mural that will help inspire our children and the community.

Wiebe said that a muralist has been selected. Lorena Castillo, a Shafter native who relocated back to the city three years ago, will be doing the mural. Castillo submitted a design that includes scenes of children dreaming, a farm scene, scenes of children learning about science, math, and reading. The five girls were involved in the section process and are excited about the start of the mural creation process.

Wiebe said that they are in the process of making an agreement with La Hacienda Market as well as an insurance policy for the mural area. Wiebe also said that Castillo wants the girls and their families to be involved in the mural process, assigning small pieces of the project to the girls who will be able to paint a portion of the mural. 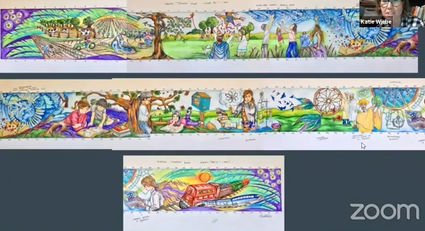 The mural depicts several scenes of children and their dreams.

The council also discussed a plan in place to reopen the City Hall buildings in the near future, with safety guidelines in place to protect staff and community members.

Edgar Davalos, Ethan Nousch and Taylor Johnson were announced as the newest members of the Shafter Police Department.

Davalos is a Shafter native and comes to the Shafter Police Department from the Kern County Sheriff's Department, where he served as a deputy for three years. Johnson is a Reserve Police Officer, and is in the process of getting her qualifications to being appointed as a full-time officer. Nousch also comes from the Kern County Sheriff's Department. All three officers have been hired by the city within the last two months.