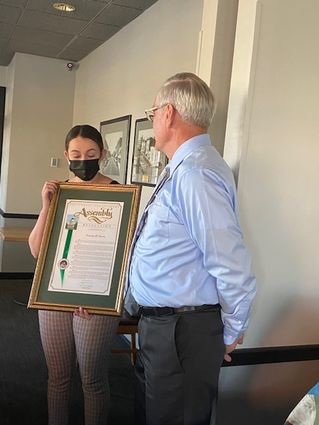 Tim Unruh and the district received an award from the State Assembly.

Tim Unruh, who has served Kern County and specifically the areas around Shafter and Wasco, as the district manager of the Kern Cemetery District, is retiring at the end of this week.

Unruh has held this position for over 34 years, beginning his tenure in January 1978. During his years in the district, Unruh has been instrumental in ushering in the "computer age," developing the district's first database.

Another strong point for Unruh, according to his District Secretary Eliza Caudillo, is the leadership that Unruh has shown throughout the years.

"Tim has managed both the Shafter and Wasco cemeteries with kindness and compassion. He has always worked hard to keep things in order and cared for the employees and their families professionally and efficiently," said Caudillo.

Unruh was awarded a proclamation from the Kern Cemetery District upon his retirement in which they said that Unruh has been "sensitive to the district's needs and hired an incredible team of employees," notably Caudillo and Superintendent Denny Carender. 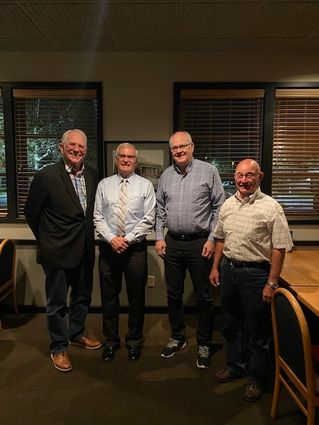 The district also said that Unruh recognized the need within the communities to accommodate for a resting place for their loved ones's remains and facilitated the installation of niche walls at both cemeteries.

Unruh helped double the cemetery acreage in 1998. During his tenure, both cemeteries also created Veteran Memorial Walls, in which the names of the veterans buried in the cemeteries are etched into the walls.

The Kern Cemetery District has been awarded the District of Distinction award by the California Special Districts Association, as well as the District Transparency Certificate.

Unruh also receive numerous awards from the California Association of Public Cemeteries. Among the awards are being named on the Board of Directors from 2003 – 2019, as well as being awarded the Cemetarian of the Year in 2001. Unruh also received the Siemens-Byington Memorial award.