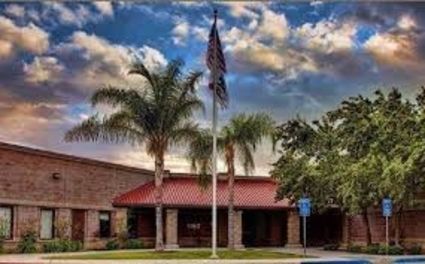 The city took control of the facility with an agreement with the state Department of Corrections.

The city will take over the Modified Correctional Facility after it came to an agreement with the state Department of Corrections.

Shafter made an agreement with the state in 1996 that gave the state 99 one-year leases. In October 2020, the state cased operations at the facility, resulting in a number of layoffs and a loss in revenue for the city.

"We received around $1 million a year in revenue from the CCF, which hit the city hard with the announcement of the closure," said Mayor Cathy Prout. "We expected the move, but it still was a sad day for the city and its people."

Under the agreement, the closure meant the city would lose the approximately $1 million in revenue, but would still have to spend about $120,000 annually to maintain the facility.

With the new agreement, the city is relieved of the expense and is free to explore different uses for the facility. According to Prout, one possibility the city is exploring is the use of a portion for classrooms for Bakersfield College.

"I would like to see us do something with the facility that would produce revenue for the city. We don't know any specific information at the moment, but it would be good for the city to use it to produce income," Prout said.

"This was a bipartisan team effort," Hurtado said. "I would like to thank Gov. [Gavin] Newsom and the CDCR, as well as Sen. Shannon Grove for working with my office to return the facility to Shafter. The closures of these facilities throughout the state creates an injustice with vulnerable rural communities losing their jobs and economy along the way. As the state continues to move forward, we must ensure that other injustices are not created. Securing this agreement is one step toward justice for the city of Shafter."

Prout thanked Hurtado for her efforts in this situation.

"The settlement agreement between the city of Shafter and the CDCR makes it a great day for Shafter. On behalf of the Shafter City Council, we want to thank Senator Hurtado for her support with this endeavor," added Prout.