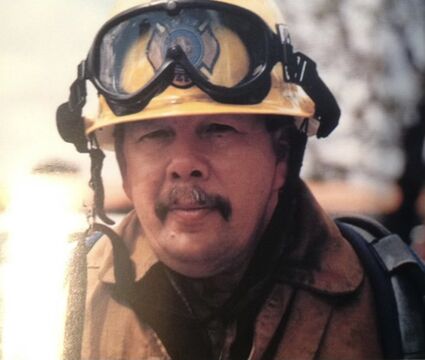 Albert Albiar passed away peacefully on Nov. 1, 2021, at home in Sacramento with his family by his side. He fought a courageous battle with Parkinson's Disease over the past decade but his personality and spirit lasted until the very end. Albert is survived by his wife Dolores, his three children - Erica, Pete, Alicia, six grandchildren, four sisters, and a brother.

Albert was born on April 18, 1950 and resided in the Mexican Colony in Shafter. He attended Shafter High School and shortly after was called to duty with the U.S. Army in 1970. Albert proudly served his country in the Vietnam War with the 442nd Trans Company and returned home in the Fall of 1971, when he also received the Bronze Star medal for "Ground Operations Against Hostile Forces", as well as the Purple Heart award.

Upon returning home, Albert went to work for the city of Shafter and also worked as a volunteer for the Shafter Fire Department. He later accepted a full-time position with the Kern County Fire Department and spent 25 years protecting his community. In Albert's spare time, his two favorite places to be were out on the lake or at home working on his Harley Davidson.

Albert truly lived his life to the fullest. The love he gave to so many others is what made this man extraordinary. He was kind, generous, devoted, thoughtful, selfless, friendly, supportive, and funny. He was often referred to as "the life of the party" because he would always have a good time, no matter what he did.

Albert, we will always miss your company, your advice, your love, and your big hugs.

Burial services were Nov. 26 in Dixon. Questions for the family can be sent to [email protected]