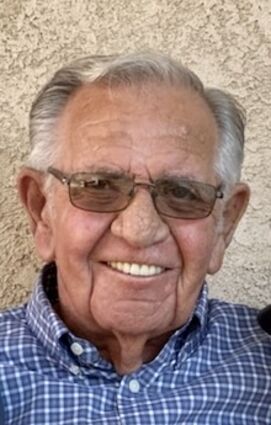 Ken was born on March 12, 1938, in the notorious neighborhood of Smith's Corner in the town of Shafter. Ken was the youngest of five children, all born to Jake and Annie Kroeker, both of Shafter. Ken attended school in Shafter, later graduating from Shafter High School in 1956. Ken loved playing sports, specifically basketball, showing steers in the FFA, and was also the class president. Shortly after graduation, Ken attended Taber College in Kansas before being drafted into the United States Army. After he served our nation, Ken returned to Shafter and continued his father's legacy by being part of Jake Kroeker & Son's Farming.

In 1972, Ken met the love of his life, Betty, and after a short four months they were married; they remained so until her passing in 2016. Ken continued to farm and also ventured out and purchased the Shafter Motel in 1975, where he and Betty managed the day-to-day operations. With his two sons, Brian, 63, and Bruce, 60, they started Kenneth Kroeker and Sons Farming; the three worked side by side for many years. Ken later left the farming business and, for the last 25 years, worked for ATI Machinery renting tractors to many farmers in the agricultural industry.

Ken was known to keep himself busy by enjoying time at he and Betty's beach house in Pismo, managing his racehorses, or anything that gave him the chance to be with family. His commitment and loyalty to his family were paramount, and he was never inconvenienced or too busy for those he loved.

Ken will be missed by many, forgotten by none, and is reunited with the Lord. His service will be held on Saturday, Feb. 26 at 1 p.m. at Peters Funeral Home in Shafter.