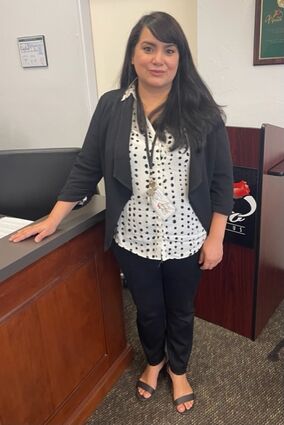 The Wasco City Council unanimously approved the use of American Recovery Plan Act funds to hire a firm to help develop its retail base.

Retail Strategies, of Birmingham, Ala., will collect and analyze real estate data, get community input, organize communications, produce a customized marketing guide and retail recruitment plan, and train staff. The cost? About $140,000 over three years, according to Assistant City Manager Maria Lara.

The firm also will identify potential retail businesses, restaurants and developers, and proactively contact them on the city's behalf and, along with staff and the council, recruit them to locate in the Downtown/Highway 46 corridor.

According to a staff report presented Tuesday night, the council has identified the need to actively pursue economic development strategies to increase revenues in support of public safety initiatives. Engagement with an independent business development consulting firm will greatly accelerate efforts in this area, the report said.

"This effort is going to help the community by hiring a professional consulting firm that will focus 100% of their time and energy to recruit retail businesses," said Assistant City Manager Maria Lara.

"They will also be doing a strategic economic plan to revitalize Highway 46, which we hope to bring in national tenants."

Along with new retailers, the goal is to create jobs and generate sales taxes which would be used toward public safety initiatives such as hiring more police officers, putting in more lights and improving the area for citizens to be safe.

"That is the end goal. We are going to hire this agency to be an extension of the city to represent us nationwide at conferences that retailers attend," Lara said.

"This agreement is promising for revitalizing our business district and the employment and economic future of our community," Reyna said.

Also, at the council meeting, the Wasco Bengals were recognized with a certificate of recognition. 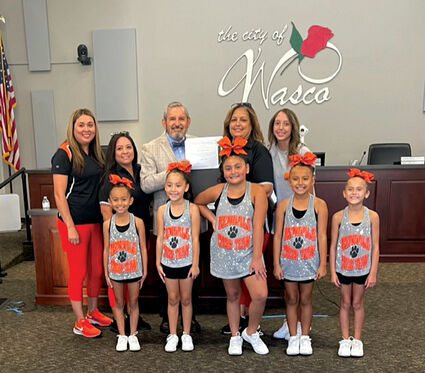 Mayor Gilberto Reyna, with Wasco Bengals cheer team members and coaches, praised them for their contributions to the city.

"We recognize them for their more than twenty years of dedication teaching life skills all while improving the confidence it has inspired in youth through cheer," said Mayor Reyna.

"I feel honored and excited for them for recognizing us for our hard work and time that we give the athletes," said cheer representative Cynthia Torres. "Thank you for noticing all the effort Wasco Bengals is putting in."

Members of the freshman cheer squad performed a routine for the council.

In other news, Sergeant Charles Shinn of the Kern County Sheriff's Department reported on crime statistics between June and July. It was reported that calls for service went from 777 to 696, total arrests remained unchanged from 62 to 62, citations (traffic/parking) from 34 to 43 and patrol checks from 66 to 62.