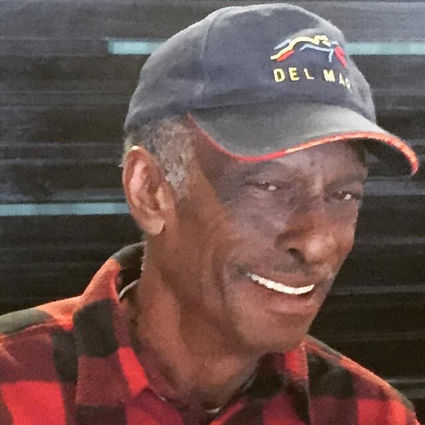 Leon Stevens was born March 26, 1944, to Gus and Rosalee Stevens in Bakersfield. Leon was the oldest of five children and was raised in Delano. Leon passed away on July 6, 2019, in Shafter.

Leon is presided in death by his parents and sister Sheila. He is survived by his loving wife of 24 years, Rebeca, their son Joshua and a grandson, due to arrive in November; three sons, Darryl, Leon Jr. and Noel Stevens, and three daughters Sherron Moore, Tigen Rosales, and Deniese Mayfield and six grandchildren, Kaelah and Brandon Stevens, Elexie Moore, Matthew and Ari Rosales, and Morgan Mayfield; two sisters, Dorothy Lucas and Ingrid Farinas; brother Rick Stevens; and a host of nieces, nephews, cousins and friends.

Leon graduated from Delano High School in 1962. He was well known for his kind and loving spirit and contagious smile. Leon was a three-sport athlete and excelled in football, track and basketball. Leon's athletic abilities were honored in 2010 when he was inducted into the Delano High School Hall of Fame.

After high school, Leon attended Bakersfield College to pursue a business degree and decided to focus his athletic efforts on football, where he averaged 100 yards per game, and is still in the record books today at Bakersfield College as one of the top 24 running backs for his record in rushing over 1,200 yards during the 1963-64 season, which still stands today nearly 55 years later.

Leon concluded his season at BC and earned the award of distinction of All American in the Metropolitan Conference and was awarded a full-ride football scholarship to Arizona State University.

In 1968, Leon was drafted into the Army, and he served his country during the Vietnam War. He attended Quartermaster Specialty School at Fort Lee in Virginia and received a diploma in stock control and accounting. In 1971, Leon received an honorable discharge and moved back to Delano to work with the family-owned business Stevens Transportation, Inc. (formerly Stevens Trucking) and remained employed with company until the time of his death.

Over the years, Leon enjoyed many things, including sports, skiing and raising chickens, but most of all he loved people, whether related by blood, friend, coworker, neighbor or stranger on the street -- he loved everyone and people loved him. His infectious smile made people instantly want to smile, and his jovial and fun-loving spirit could be felt the moment you began talking to him. He will truly be missed by all!

Visitation was held July 11, including a Rosary, at Basham & Lara Funeral Care in Shafter. The funeral will be held July 12 at 10.m. at St. Therese Catholic Church, 300 W. Lerdo Hwy. in