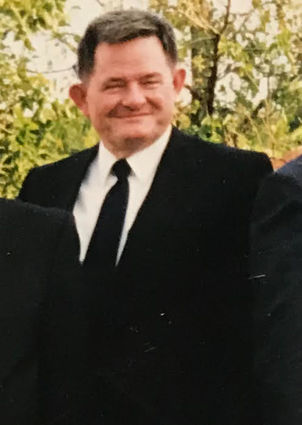 2020 proved to be a devastating year for the Crawford family of rural Wasco. The day after Christmas the remaining twin son of CO and Dolly Crawford Deryl Layne Crawford died of heart failure. Back in March Deryl's twin brother Delbert died of the same cause.

Deryl never married, living a happy life as a single man with all his nieces and nephews as his substitute children.

Upon his discharge from the Army after serving in Korea, Deryl went to work in Southern California for Hughes Aircraft and enjoyed four decades of working in the U.S. Space program where he was able to meet many of the early astronauts as they strived to put an American on the moon.

Deryl took his nephews to Cape Canaveral to see the Apollo flight lift off for the moon and was at Edwards Air Base for the first landing of the Space Shuttle with his nieces and nephews.

Deryl was a wonderful brother, uncle, cousin and son to his family. He was a warm, loving man who was a great role model to the young people he encountered throughout his life. The loss of his love and kindness makes the world a lesser place and his surviving family has the double pain of losing both brothers in this oppressive year without the ability to have the closure of a memorial service until later this year.